You are what you eat

You are what you eat

You are (literally, made of) what you eat. Sure you have bones and muscle and blood, but the quality and integrity of each atomic particle that makes up your entire body consists of chemical compounds different than those of other people. Due to the following chemicals being injected into animals, a person who eats a large amount of meat, dairy and eggs is going to have higher levels of antibiotics, steroids, or growth hormones in their system. A vegan, who doesn’t eat those animal products at all, will have a lower level, although there are chemicals they need to be watchful for based on a plant diet. http://www.livescience.com/26278-risks-raw-vegan-diet.html 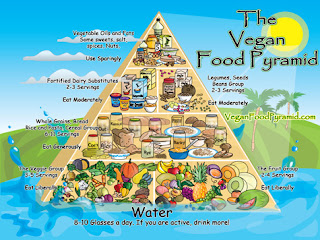 This is NOT a ‘Be a Vegan Pledge’, not that it's a bad way of eating at all. It's called Eat Real Food. This is a ‘Pay attention to what you put in your body’ plea.

They do have free-range; non-anything-injected cows and chickens, which is at least a good way to start. The down side is that the animal is still slaughtered, and the manner in which it is killed can be just as alarming. They dump a lot of emotions and stress into their circulation system as they’re dying.     We are eating pain and fear.

And then all that meat tastes even better deep fried, with deep fried appetizers, and deep friend ice cream for dessert. An excessive amount of flour, oil and chemical laden foods should be something of concern if it’s consumed often. GMO’s and pesticides are causing a vast amount of damage to your system too! That’s a novel itself.


It’s all about the quality of life


It has to come get out somehow. 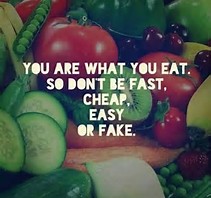 Fruit, vegetables, seeds, nuts, beans and grains don’t need instruction manuals. Those are things called “FOOD”. The most simplest definition:  GROWS FROM GROUND
Other than having a different kind of chemical imbalance, possibly, what do you smell like when you sweat?  Is it an unusually high amount of foul odor?  Does it smell like McDonalds? Do you eat like shit? Does all your food have microwavable directions?


You know what a vegans sweat smells like? Fucking coconut water. ;)


Let’s talk about down south. Dark urine, orange or neon green, would generally suggest that you are dehydrated or need to lay off the Mountain Dew.
Do your farts smell like they could choke a donkey? That would be the aroma of greasy, sugary, artificially incrusted shit coated in a vast amount of junk and processed slime.


Do the ingredients on the pre-packaged foods you impulsively eat out of habit, stress, trauma, or addiction contain several words you can’t even pronounce except for FLOUR, SUGAR, OIL, ARTIFICIAL COLORS, ARTIFICAL FLAVORS, etc?


Back to the animal injections


Why do the animals need to be injected with so many antibiotics? Is the meat constantly getting infected?! The regular intake of antibiotics causes our bodies to be immune over time in harmony with prescribed antibiotics, and later when it’s a serious illness it necessitates a higher dosage to be effective.


Then you have steroids. What the hell do animals need steroids for?! Are they trying out for the NFL or something?!


Let’s say you run a chicken farm. You got baby chickens that won’t be big enough, to sell to the butcher or start laying eggs, for another 6 to 7 months. So you give those babies RED BULL because Red Bull gives you wings, chicken wings. Yes, steroids will have that baby chicken big enough to slaughter in half the time. You just doubled your profits. And the eggs you get from these steroid chickens, well, they are sold at a higher price due to being Extra-Extra-Large. 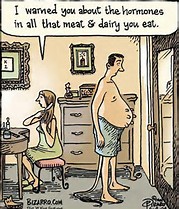 You know your body better than anyone. Listen to it.

Back up 3 years ago


My doctor had informed me during my annual blood work that my cholesterol was skyrocketing. I was pretty sure that cholesterol was directly related to the amount of oil you consumed so I didn’t understand why. I told him that on average I consumed very little oil.  After looking up my meds, it was obvious that it was a side effect from the medications I was already on and then he wanted to give me a pill to lower my cholesterol. Ummm, but it’s high because of a pill. What side effect will I have after that new pill?


It was time to make some radical changes.


I started researching several of my autoimmune diagnosis’ such as Fibromyalgia, Endometriosis, Degenerative Disk Disease, Muscular Connective Tissue Disorder, etc, and physical symptoms of fatigue, chronic pain, foggy memory, grogginess, anxiety, panic and mood swings and couldn’t put my finger on why they were so bad, especially when I was obviously on psychiatric medications for all the mood swings and bouts of anger and panic attacks! I had no idea how to help with the physical part, but apparently the psych meds were useless.
http://www.mayoclinic.org/diseases-conditions/fibromyalgia/basics/definition/CON-20019243


Why do I still feel sick? What am I taking this med for when I’m now in different situation in life, that I was prior to, but still have severe mood swings!? I’m in a different relationship, with more peaceful surroundings, less toxic people, less stress, less life problems, more positive personal growth, well being, less physical work, more focus on my health….it has all led me to stopping my medications, and changing my diet.


It was time to be proactive and research for myself because something’s got to give.

When I read an article discussing the Top 10 signs of Gluten Intolerance a light went on. I slumped back in chair staring at the screen, and what I saw was,


“This is why you’re sick and take medication”. It was an epiphany. And the doctors agreed.
http://www.mindbodygreen.com/0-7482/10-signs-youre-gluten-intolerant.html


I had made a food journal. I was determined to find out the cause for sure. I also suffered from bad allergies. I was so utterly exhausted and fatigued daily that by lunch time, I was going down for a 3-5 hour nap. I was completely spent. I had already filed for disability due to chronic pain and multiple surgeries from failing health. It just kept getting worse, and decades of full time work while raising kids on top of being sick was only wearing me down faster.


I dove in head first with stopping gluten just to see if that was it. Within 48 hours I realized that too much flour made me tired, and sugar made my muscles hurt and burn.


Boom. No questions asked. No complaints. I knew it would be hard, and I had no idea how much I was going to have to relearn to eat, but snap, just like that, I was convinced, and felt the change 10 fold.


My fatigue reduced by 75%. I reduced my medications all by an average of 75%. (I completely cut 3, and reduced the other 3 by half) I wasn’t horribly tired any more. I didn’t hurt as much. I had more energy. I felt better. I went GLUTEN FREE. I lost weight and felt like a brand new woman!


I also stopped getting sick. I haven’t had the flu and only 1 cold in 3 years. Not one times have I needed antibiotics. (For the record, we’ve been homeschooling the kids for almost 3 years too, so they are not around so many sick kids as much as public schools) I use natural medicine, herbs, oils, and extra medicinal green herbs. I have numerous autoimmune diseases and I don’t get sick! So many mental and physical things changed. The sugar made my injuries burn. The flour instantly made me grouchy and fatigued, and the crash of excess sugar made me angry and jittery. WTF

I didn’t need psychiatric medications to regulate my moods!!
I needed a changed in DIET!!

I am shocked, still to this day 3 years later that by completely cutting gluten, cutting sugar way back, eating far less artificial foods, and way more real food made a whole world of difference.


I can’t stop the progression of anything. It has gotten worse and I still get tired and the pain is unbearable at times. I’m still disabled. I still have injuries caused by my joints falling apart. But if I hadn’t made that change, my quality of life could be dangerously close to giving up.


I made a change to myself that a pill couldn’t touch.


If you or a loved one is suffering from ANY autoimmune disease, I highly suggest you help them research the benefits and discomforts of each food or medicine that they intake.

FEMESPLAINING TO MEN: I changed the gasoline to the highest level of octane and the performance is phenomenally better.
at 3:28 PM
Email ThisBlogThis!Share to TwitterShare to FacebookShare to Pinterest
Labels: anxiety, depression, endometriosis, gluten, GMO, happy, healthy, save money