Sherri Papini - The Saga of Pictures

SHERRI PAPINI
THE SAGA OF PICTURES﻿
I traveled to Redding for work and got a few pictures.

The Best Buy store is in a shopping area with many businesses, restaurants, salons, clothing stores and a mall nearby. It is not far from the freeway. 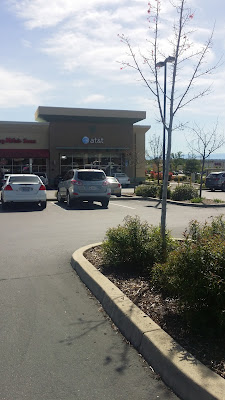 THE MALL
The Childrens Store next to Beauty by Thread
The mall is a nice sized place, not too big, not too small. Mostly one story and a nice vibe. I got my eyebrows done. I'll go back to waxing. (Sorry some pictures are blurry)
Fortunately, it doesn't seem to be suffering from multiple store closures inside like many other malls. You have to walk past the waiting area to sign in at the desk of the eyebrow store. 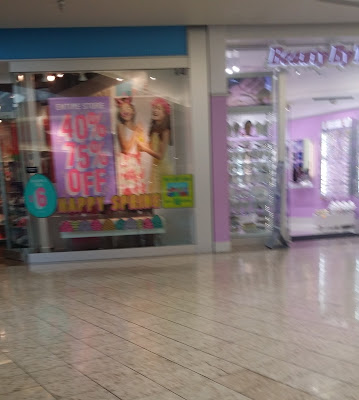 Bethel is massive. It has a ginormous parking lot, with areas to sit, walk, or ponder. Multiple flags and a gigantic cross adorn the drive up the hill to it. There is a small water feature and a lot of grassy areas. It's a very large building with additional structures.
﻿﻿﻿ 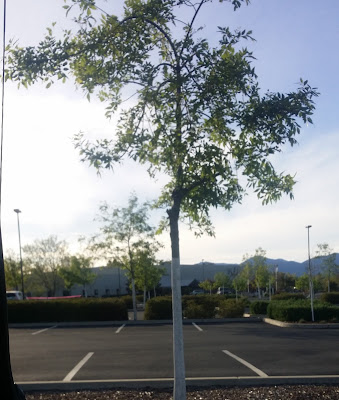 The Kingdom Hall of Jehovah's Witnesses in Woodland.
The Kingdom Hall is extremely close to the freeway. I'm talking maybe 150 feet to the entrance and exit. It's RIGHT there. Literally a wall/grass separates. There is a razor wire fence across the street alongside the exit ramp, that seems to have trucks, parts, or other types of things for manufacturing or orchard equipment locked up behind the fence.

The houses down the street to the east across railroad tracks are merely a 100 yards away, but could possibly have not looked inviting on Thanksgiving Morning at 4 am, when I bet some people are up about to cook a turkey. There was about a half dozen little homes. There is nothing else around. They looked like normal country houses to me. Also, the sign stating that cameras are in use at the KH may not have been there that day.


This was a very pleasant drive. I got no weird vibe or kidnap feel at all. It was very quaint and quiet with nice looking country homes. This didn't seem like the druggie tweeker part of town. I would go jogging in that area in a heartbeat, and husband agreed. The Shasta community college was near and there didn't seem to be a large amount of ill kept yards, cars, plants or property.
I really didn't see a lot of trashy places at all. It was beautiful. Not the poor meth area that people are describing. Yes, Redding has it, but this area looked more like old money. Large manicured property.﻿

I must have missed the part where everyone said this was a gravel road. It's a gravel road.
A few flat sections, but it's gravel and dirt, and you HAVE to pass the mail boxes to pull in, if you're coming in this way, so if he didn't see her when he pulled in, I don't know what would make him go back there to look for her. Its possible that he took an alternate route in.
Other than the Find My Wife tracker app, I wouldn't have thought to drive her car back/to to the mail box, but that had to be the reason. It's a few country roads in, based on what direction you're traveling from and several gravel roads back to their house along with several other houses and other gravel driveways in and out everywhere back there.
The case has said where the phone was found, so that's the area I focused on. There were many homes in the mile from the road to their house, and in not wanting to get arrested for trespassing, I didn't drive up to their door :)

There are several double wide mobile and manufactured homes. I barely saw any stick built, other than the nice one for sale. I wonder how long it's been on the market. I didn't even see any house that would have been described as 'tweeker', even houses off a main road, off a back road, off a gravel road...still didn't look that trashy.

Not a kidnappy unsafe area. No seedy random back road that presumed female Middle Americans went speeding away on with a screaming white girl in the back. Nothing about that area said 'random'. If you plug in the opposite of that, in case you're trying to throw everyone off, you get one rich white guy in a BMW. The fact that Cameron Gamble said that it looked dangerous and he would never let his wife go jogging in that area is laughable.

It looked so quiet and boring that one would probably make up things to do.

The following are several shots taken from a moving vehicle on a bumpy road. It is what it is. There wasn't tons to see through the trees either. 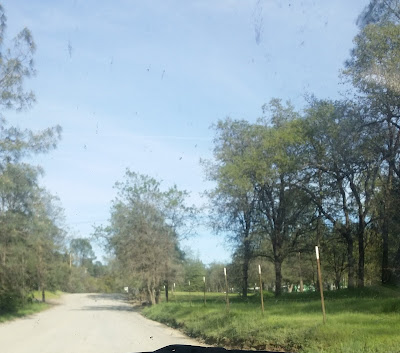 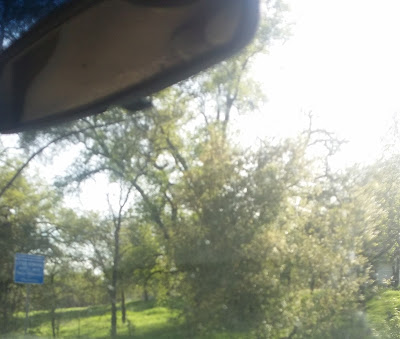 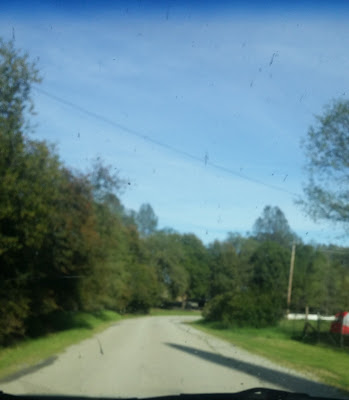 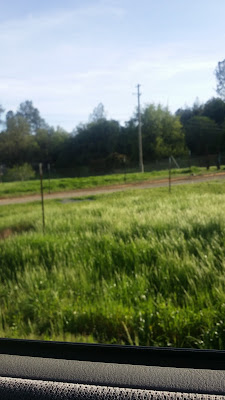 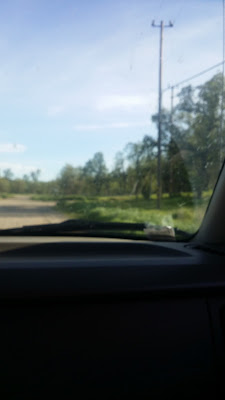 The Mailboxes at the entrance to Sunrise Drive are on the left. Here, we are leaving, so on right. 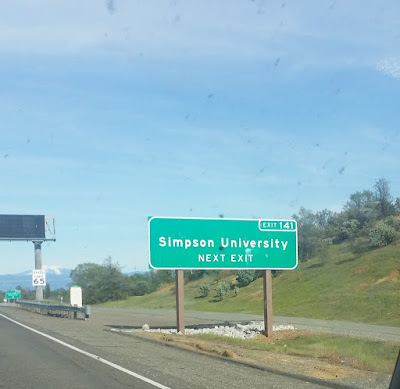 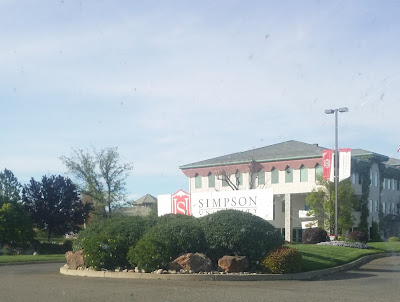 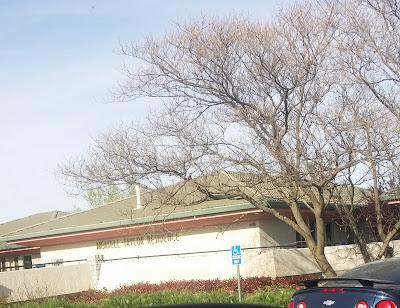 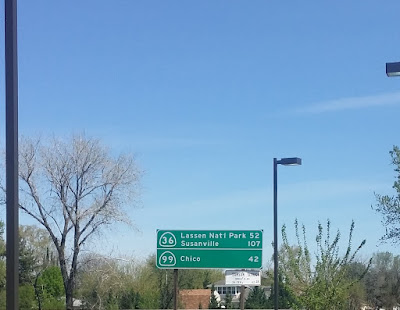 DELETED PICTURES FROM HER PHOTOBUCKET AND ONLINE ACCOUNTS
I DO NOT KNOW NAMES OR STORIES OF ANYONE HERE.
﻿ 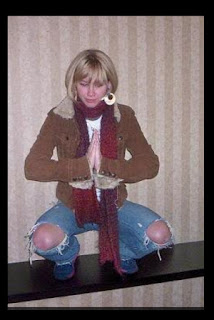 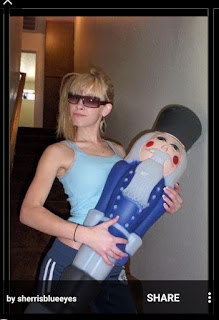 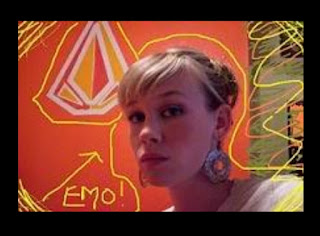 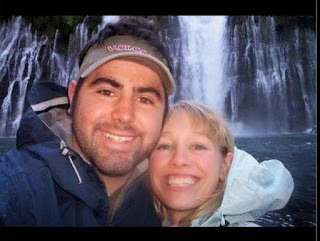 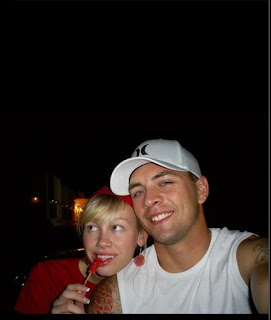 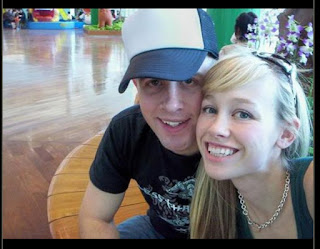 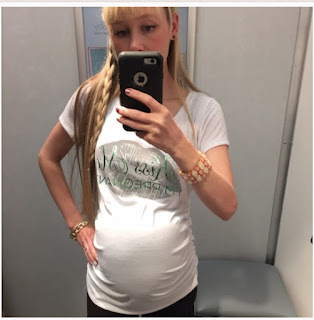 I AM TRYING TO LOCATE A WOMAN THAT IS PICTURED NEXT TO HER IN A HOSPITAL BED.  STORY BEHIND PICTURE IS HERE
http://www.imcrazygetoverit.com/2017/02/sherri-papini-super-mom-saga-part-3.html
Please scroll down to the hospital pictures.

I HAVE MORE PICTURES, BUT THEY AREN'T THAT GOOD, AND THERE'S TOO MUCH OF MY KIDS RUNNING AROUND IN THEM :D
THIS WAS A WORK TRIP, AND I WAS NOT ABLE TO SCOUT AROUND AS MUCH AS I HAD LIKED.

THANK YOU FOR READING AND CHECKING OUT THE BLOG!

at 9:54 PM
Email ThisBlogThis!Share to TwitterShare to FacebookShare to Pinterest
Labels: sherri papini