Unless there is a major breakthrough, confession, charges or someone releases more balloons (and hopefully without a boy in it), the case has come to a standstill as far as many are concerned. I fear the truth of it all will fade out, and become as stale as last holidays Panini bread.  Part 1, and the only one I planned on writing should have been it but this, could go on forever.
‘Captain Barratry’ Cameron Gamble on the other hand can’t get famous fast enough.
﻿
The players in this story are something else. Almost everyone has numerous ties to specific religious, media, businesses, political or LE connections and/or scandals and all across the Internet these people are on many sites, for many reasons. Hardly anyone is a ‘nobody’, except maybe her ex-husband David Dreyfus, who quietly and quickly exited stage right just as the show was about to begin. No one seems to be a Joe Schmoe that doesn’t have large debt, never filled for bankruptcy , didn't have their name on a dozen websites already, or is just your average lower - middle class human being.


The only sub par human beings in this story are the ones who don’t believe them.


The statement KP said “I understand people want the story, pictures, proof that this was not some sort of hoax, plan to gain money, or some fabricated race war” speaks volumes. “I do not see the purpose in addressing each preposterous lie”.
Which lies do you not want to address, the accusations or the incident?
The leakage in everyone’s wording is incredible. (CG said that Sherri had ‘the key’ to staying alive.) She was locked up. 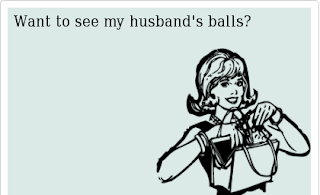 I bet at least one guy lets their wife carry his wallet in her purse.


As much as playing ‘What If’ is a never-ending mind fuck of a game, was it played AT ALL?
“What if I went home for lunch that day? What if I would have seen the text!? What if I been there?!”


My phone pops up a preview when I get a message. Maybe his phone popped up a notification for his text, so he could actually see that he got a text from her and see the first few words, which is enough, but didn’t OPEN it up and read it until a few hours later. He COULDN’T have read that text, because he was at work, and he's a good boy, and it’s against company policy to have your personal phone on you.


That’s exactly why some people keep it on silent and only check it in the bathroom or on break.


He can’t even fake feeling guilty and regretful about the obvious things and goes straight to denial. This is stuff you would NORMALLY feel some sort of great let down, regret, missed chance, or guilty feeling such as you didn’t see the text right away, and didn’t respond right away, and maybe you should have gone home for lunch, or could have been there, but no, he has his Guilty turned OFF, so it’s not registering even when it should.

I can hear the robotic voice in head now “I have no guilt. De.ny every thing Re.boot.”

Systems:RunAbductionStoryline2006.
“It was a dark and stormy night..”    Oops, shit, wrong one.


Systems:RunAbductionStoryline2016
“It was a cool and crisp autumn afternoon….”


It would be a lot of work for her in 2006, if that were true, to date and marry David, break up, (?) then get kidnapped and returned, then bump back into Keith and date him and move in together…..all in the same calendar year.


The family started posting pictures of people missing in the area, either because they had started following missing people pages, or because of an effort to convince the public.
“Look. See? A lot of people go missing from this area!”
There’s no reason to convince anyone. The focus should be on YOUR missing family member.

Sharing other missing posts is one thing, as it's the same effort you want others to do to find your loved one. But some can tend to over do it, while other family on SM did the exact opposite.

KP has been seen driving a new truck. Was that a GFM ‘Bring Sherri Home’ expense? Did he actually bring her home in that truck? That’s a good way to stick to the truth. In fact, that’s the whole basis of the Go Fund Me, to bring her home safely.

I bet that truck has good safety reviews.

LJ now private.
someone to get freed from abductors after 22 days and not require such extreme urgent medical attention means Sherri is extremely lucky to be alive.
In what manner was she first taken that she has no description of the SUV, from that day, from being driven around for 3 weeks during, or that night?


During the 20/20 interview, KP said “whenever she was in the car, she was tied to something”. If she was only taken, and dropped off in that vehicle, then what vehicle was she driven around in during all the ‘’whenever’’ times? Wasn’t she tied up just those 2 times that she was taken, and returned?
Was she ever in another car and NOT tied up?

Now that we know there was a trip to the Detroit suburbs (Canton, New Hudson, Northville, Plymouth) we can put that in the timeline:


Nov 2 – Reported Missing.
Nov 5 – Anonymous Donor is in town on business and makes website and letter. Says is leaving state the next day.


Nov 6 – (The next day) CG leaves the state on a business trip.
Nov 7 – KP is given a Lie Detector Test, voluntarily.


Nov 9 – LE goes to Detroit. Rumors of an affair with a doctor are floating around the interwebs.


Nov 11 – LE returns to California. The AD is...somewhere.
KP is no longer considered a suspect.

Since the AD's plan to LE didn't work the week before, they all need to up their game, and throw in an Unknown Person who called Lisa Jeter, in order to "suggest CG", since no one took the AD's bait.
Nov  17 – As of this date LE has filed 20 + search warrants.


Nov 24 – SP is released from her abductors.


When Bosenko said that she had been branded with a message, the first thing I thought of is all the cows in California. Not only is there a plethora of dairy cows, (Smells like MONEY) but good ole Grade A, grass fed, Black Angus. MMM. There are even a few big restaurants up and down the I-5 with cows grazing out back. It’s called Cattlemen’s. Cattle get branded with ownership. A branding would imply just that, ownership. Somebody is telling Sherri ‘I own you.’
Did someone say that to her recently?
Keith wondered, “Are they feeding her? Is she hot? Is she cold?" Those are children questions. You would agonize over whether your child is cold, hungry, alone, scared or hurt.
You would have darker questions about your wife, a woman. Why would she be hot? It's winter.


Maybe Suzanne can help with things. I was wondering why there were a few SM accounts with MFPapini. I thought, ‘Isn’t her name S.E.Papini?’…. and realized that it probably refers to Marriage & Family therapist. If this website is correct and that is indeed her, then she is/was a therapist according to the California Association of Marriage & Family Therapists (CAMFT) and could really assist in getting SP the kind of help she needs.
http://www.chicocamft.com/member-directory.html


Maybe that’s how all this started. A ‘Marriage Intervention’. Tough Love.

They will drag this out until the burning embers of questions have turned to ash. 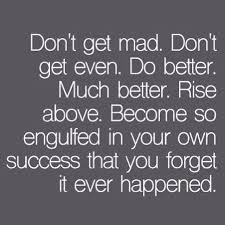 at 7:02 PM
Email ThisBlogThis!Share to TwitterShare to FacebookShare to Pinterest
Labels: sherri papini