The day my 2 year old drove my car

Don't worry, he didn't get very far. Seriously, they don't make carseats that can actually contain the child. I don't just mean keep them safe in case of a wreck, I mean strap them down, like the papoose at the emergency room. IMMOBILE. That works for me.

The days of carseats. Any mother will tell you the glorious day when their kids grow out out bottles, diapers, contraptions and car seats. It's like a right of passage. A diploma handed out after the last stage bottle, the last stage diaper/pull-up, the last booster seat you will ever buy. My oldest is now 18 and in college and loves art/drama/reading/writing, so who knows. She also likes science/philosophy/socialogy/phsycology. She is doing great in school. So if she needs baby stuff any time soon I'm going to kick her ass. I'm not ready to be a grandma. I got my diploma and I want to savor that for a while. Still got that booster seat one to go.

The twins are almost 7 and by law it's over 8 years old, AND over 4'9" before they don't need booster or car seats. I guess they threw the whole weight limit out the window when these McDonalds' generation babies start weighing 50 pounds at 2, and the parents are like,
"Well the're heavier than the law says. They don't need no car seat. Let's go get a burger."
Do they have booster seats that fit 5' tall people? You know, my boys' feet almost touch the floor. I know some really short 7th graders, and I'll be damned if you think those kids are getting in a car seat.

For the last 6 years these law people keep changing things. First it was 4 and/or 40 pounds, then 6 and/or 60 pounds.
I'm like "Dude these twins are never going to get out of the carseats." And I don't care how far the law changes. I'm NOT getting in one.

And here is the magic.

So after my day of work and drive home, I pull into my apartments on the side of a steep hill overlooking the Columbia River seperating Oregon and Washington. Luckily I had an awesome sitter and she lived the next building over.

I pulled up to her place, left the car running,  and go up her stairs to get the boys. We all walk down and her and I are gabbing so I put them in the car. I strap them down and check each 5 point harness and really tighten it up, as always. I walk around the passenger side of the car to talk to the baby sitter still standing outside.
I open the passenger car door, throw my purse and diaper bag in the car in the front seat and turn around to talk to her some more.

I am being very detailed in this because it happened that fast.

I may have had my back turned to the car for 30 seconds, and that people is all it takes.

I turned around, and there was my son, sitting in the driver seat, hand on shifter, LOOKING AT ME, and there it went. 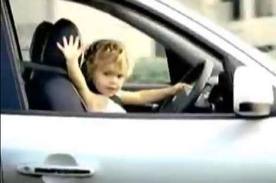 He pulled it down, and I DOVE HEAD FIRST INTO THE CAR and slammed my hands down on the brake pad as hard as I could put my weight on it.

I had to take one hand off, put the car in park and turn it off!!!

He was laughing and giggling and unaware that 150 feet away was a metal dumpster and some other apartment buildings. A 2 year old almost drove my car into a house. He would had died from going right through the windshield and his 2 year old twin brother would have watched it.

If I had not opened the door, I would not have been able to DIVE in and land on the brakes. I never would have gotten the door open in time. 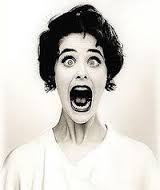 I NEVER ever left the car running after that.

We were shocked. I couldn't believe the swiftness of this escape. It was my mission to ensure lockdown at all times. He always won. I couldn't duct tape this kid down if I tried. Like I said MasterCraft. And unfortuneatly they don't make carseats.


at 11:40 PM
Email ThisBlogThis!Share to TwitterShare to FacebookShare to Pinterest
Labels: crazy, twins